Tune in to WICN 90.5FM every Sunday from 8am – 12pm Eastern Time for the best in jazz today.

There are songs that become associated with one singer’s interpretation, such as Billy Strayhorn’s Lush Life, for example. After I heard Johnny Hartman sing it, I really was spoiled enough to not want to hear it performed by anyone else.
But then, along comes vocalist Kristin Callahan, not only with her own very refreshing and original version of the song, but also with the comment that she was inspired by Andy Bey’s treatment from his 2004 release American Song. “That’s what I really love in a song,” Ms. Callahan says, “when it surprises me, when it’s different.” Hers is an interpretation that stands apart from the others. 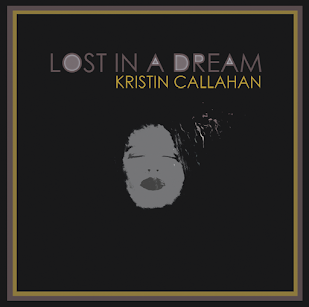 This was not the song that first engaged me with her new CD,  Lost In a Dream, however. It is the title number, the lone original song on the album.
If there is one thing I am looking for in a song, it is the ability to effectively communicate emotion. Well, if you are looking for emotion, then lost or unrequited love present fertile ground.

The pathos evoked by this one track is powerful. I suppose you could attribute that to the fact that it written in a minor key, but there is a feeling of dissonance in the song that is like having an itch that cannot be scratched, or like a love that will never be reciprocated. As far as a song is able to, this one makes you experience, or perhaps re-experience, the emotion.

During the first hour you’ll hear Andy Bey as well as Ms. Callahan sing Lush Life, just for comparison. In hour two, look for the title track, plus Duke Ellington’s Caravan. Finally, during Brazil/World hour, listen for her version of Jobim’s Once I Loved. You may be surprised at how fresh these tracks sound, even as some have been covered by so many other artists.
On her next release, I am hoping to hear more original songs from this fine vocalist.